This week I have followed another activity from the Arduino Projects Book. This project utilises a photoresistor that will be used to detect the amount of light across its surface, by moving a finger across the light will change the voltage on the analog pin and which determines what frequency the piezo plays.

Once the code has been uploaded there is a 5 second window in order to calibrate the sensor. This is done by moving a finger up and down over the top of the photoresistor , change the amount of light. After 5 seconds the calibration is complete and noise should come from the piezo.

I can see elements within this project that I may potentially be able to use in my final outcome. The noise that the piezo makes it extremely uncomfortable to listen to, not only is it annoying but it’s sort of painful as well. Used alongside other sensors it potentially could help to create an ‘anxious’ environment.

As previously mentioned, I have attempted to learn Arduino code numerous times and yet to have been successful. At the moment I don’t really think I’ve made much improvement – I think having a guide which gives you the required code means that I’ve not really had to do much thinking for myself. Over the following two weeks I will take code learnt so far and combine it, creating my own original code, with the aim that this will help understand what is going on better and perhaps explore alternative learning methods.

I think these types of learning tools are very interesting and affective – I think programming is over looked in school. Computer programming constitutes an important competence for learning. From a pedagogical point of view, it is considered beneficial in the improvement of higher order thinking over the development of algorithmic problem-solving skills. (diSessa, 2000; Papert, 1991).

Curious Chip has created a children’s handheld gaming device that teaches them to code their own games and apps. The device Pip, is being funded by a Kickstarter campaign and aims to teach children the basics of coding, allowing users to program apps and games in a multitude of coding languages including HTML and Javascript. 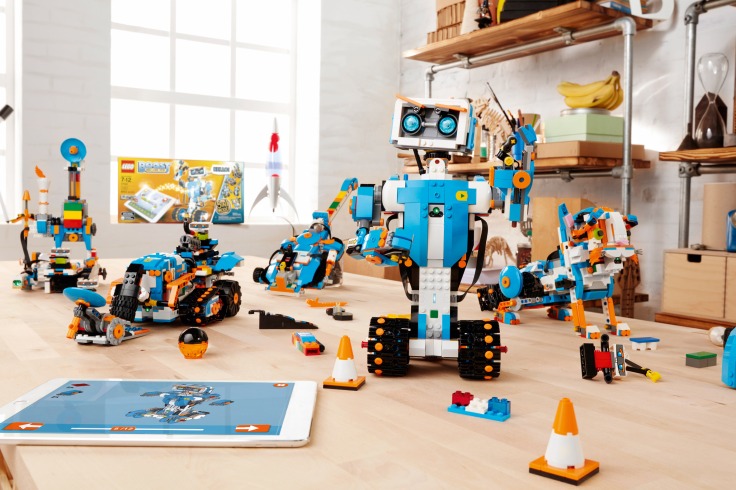 Lego has designed a kit to help encourage the younger generation to learn the coding language. Developed for children aged 7+ the Lego kit users to assemble and code robots from a variety of programable elements.